To All Toronto Railway Prototype Modellers:

Since our meet scheduled for Saturday, March 21st has been postponed until a date yet to be determined, we are going to attempt a partial virtual meet using the Toronto Railway Prototype Modellers website: https://torontoprototypemodellers.wordpress.com

Everyone is invited to submit a picture of a recent project, especially one you would have brought to the meet, along with your name, and a description of 50 words or less.

We will post your submissions to share with all. Let’s make the best of this difficult time! 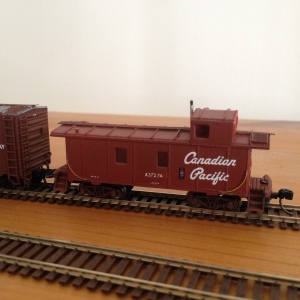 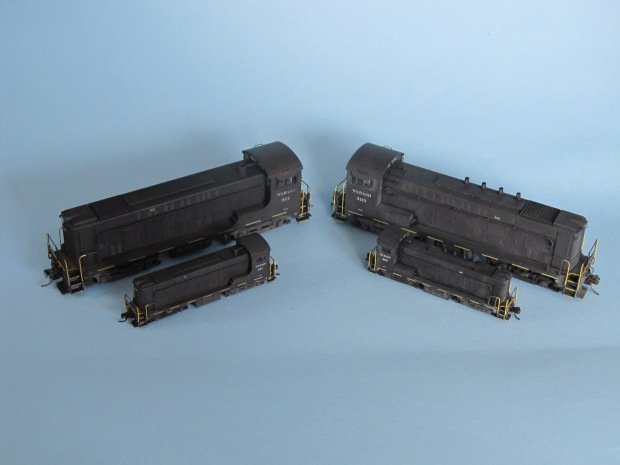 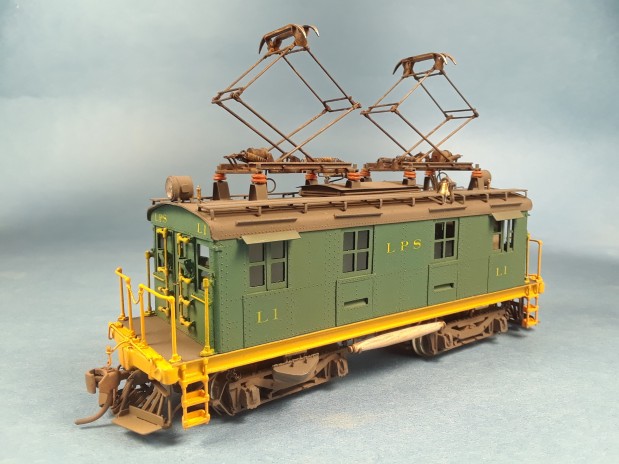 James Whatley completed his HO scale scratchbuilt model of London and Port Stanley electric locomotive L1 on February 15, 2020.  The model is detailed and finished to reflect the prototype appearance as it was in the 1950s, a few years after being repainted in the yellow / green safety scheme.  The pantographs work.

Here abuilding is an O Scale PTTX F-60-KH bulkhead flat car of the late Sixties. Using the only “drawing” I could find, a 1970 instruction sheet from the Jurassic Age HO Quality Craft wood kit, and a mere seven prototype photos purloined off the internet, I went about scratching up this model as best I can to proper prototype practice of 1967. Along the way I also bought the PRRT&HS published 2-volume TTX book which helped to fill in much of the nittier detail.

It’s a shame the trucks don’t show in this pic because they’re a pair of the really luscious P-48 70-ton Barber S-2s from Protocraft. Couplers are Clousers direct from him decades ago.
Alfred Fickensher
Bettendorf, Iowa

John Golden here from Ramstein-Miesenbach, Germany.  Attached is a photo of a Westerfield 40-foot Fowler Box Car, finished as M&StL 51540.  The kit was built per the instructions with Hi Tech Details air hoses, Kadee #78 couplers, Tahoe Andrews trucks with Proto88 wheelsets, and A Line stirrups added.  The decals are a mix from Westerfield, Sunshine, and Speedwitch.  Light weathering was added with an airbrush; AIM Powders were also used.  The photo was taken on my Ackley, Iowa layout at my home in Albersbach, Germany.

Bailey Jct Tower – in honor of good friend and fellow ONR railfan/modeler Bram Bailey, this tower marks the division of the North Bay Subdivision and the Algonquin Subdivision on my model railway. ONR 1308 and two woodchip hoppers built from scratch (and still waiting paint and decals) pass through the Junction. The tower is a kit (mfg not remembered) that is set on a piece of Masonite.

Mike Walton is incorporating elements of the Croal Viaduct on the Bolton to Blackburn line in Lancashire and the Sharpthorne Tunnel on the preserved Bluebell Line in Sussex into his layout. The design has been an iterative process moving from the mind, into a crude mock-up, then to PowerPoint, then to CAD.

“Toasters” have a fairly straightforward body, so my work on VIA 908 focussed on the underside details and ends, adapting Details West parts to the differences between VIA and Amtrak P42s, and  adding my own piping, cut levers, and grab irons on the plough. The unit was also fitted with an ESU Loksound decoder, LED headlights and marker lights.

I am modeling 4 blocks of Niles, CA in the 1970s. The Westley Hotel was
the most challenging building, and included a period of time operated as
“Niles Station.” All laser-cut plastic designed by me and cut
professionally; Alps signs. The BC Museum train rolled by in 1977,
giving this a loose Canadian connection.

This is a Mask Island HO scale resin kit for Central of Georgia boxcars rebuilt in 1965 for brick loading. The decals are also from Mask Island. It was photographed at Big Springs Virginia on Mike Burgett’s C&O Clifton Forge division layout. 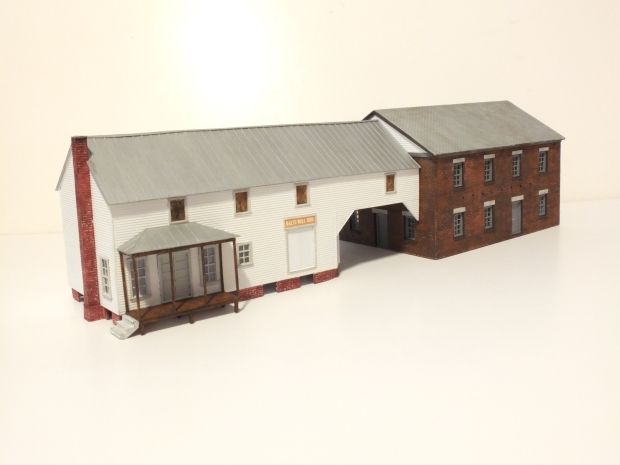 This is an HO scale model of Galt’s Mill which was located along the C&O Clifton Forge division. It was scratchbuilt from photos and field measurements. It is shown just before it was installed on Mike Burgett’s C&O layout. 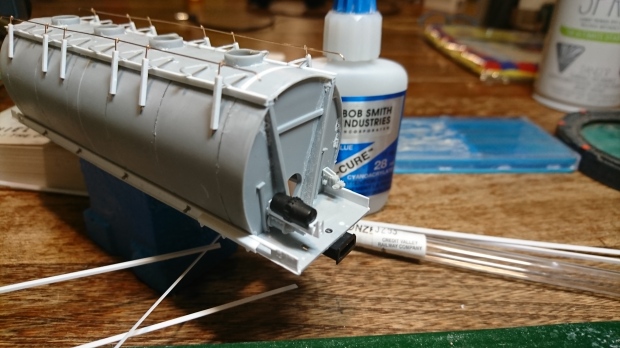 I’m working on a pair of NSC 2900cf cylindrical hoppers for Sodium Chlorate service. I started with the Intermountain cylindrical hopper, and have modified or replaced every kit part except for the roof hatches and their hinges. One will be a CGTX car, the other a Procor car.

CNIS 52’-8” boxcar. This car is scratchbuilt from styrene representing one of the NSC built cars that CN repaired by replacing the damaged ends with modern non-terminating type ends. Doors are from Branchline (modified) and the roof was made by splicing 2 intermountain roofs. This car has a 100 ton capacity. 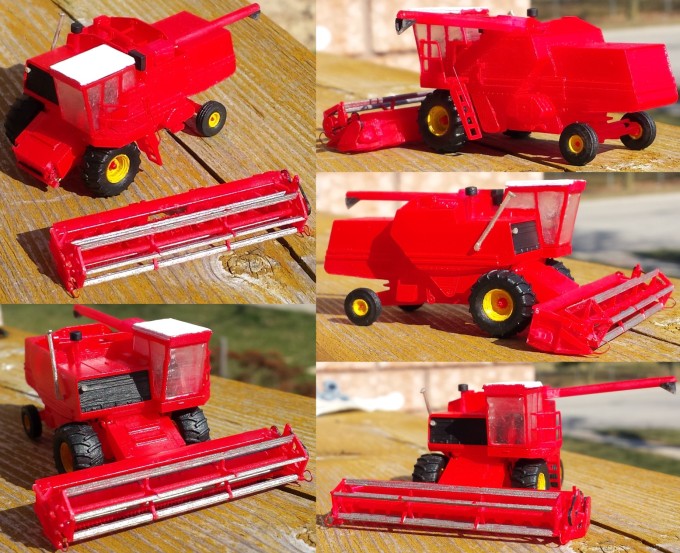