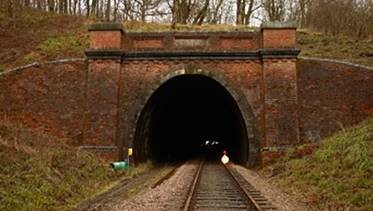 The Croal Viaduct on the Bolton to Blackburn line in Lancashire and the Sharpthorne Tunnel on the preserved Bluebell Line in Sussex.

The greatest challenge was to keep the layout credible from a civil engineering aspect, I don’t think I have ever seen a Bridge abutment incorporating a tunnel portal, I think in real life they would have rerouted one or both lines but there you are, we all work within the constraints of the space available.

Eventually I created the preliminary design below. 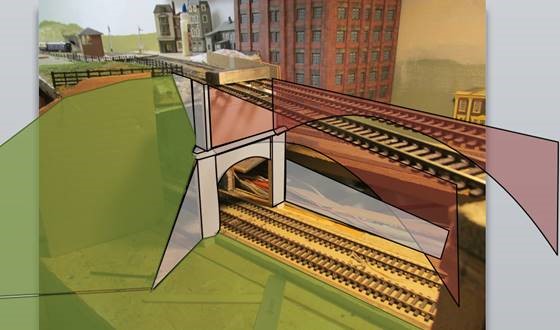 The design has been an iterative process moving from the mind, into a crude mock-up, then to PowerPoint, then to CAD.. 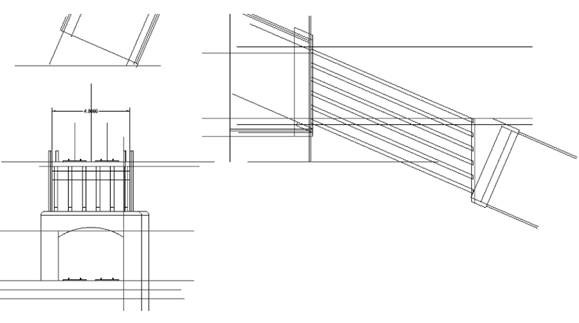 And then the reality starts to evolve. Bouncing back and forth while incorporating design refinements. 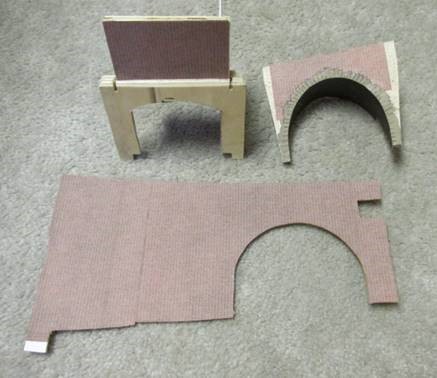 Elements of subterranean arches under the Market Hall where I used to work, but only the bits you can see were added.

The next challenge was to create curved brick work for the arches, tailored to suit the 5” dia arch. GIMP (GNU Image Manipulation Program) was my weapon of choice.

This was an early attempt but the bricks ended up oversized. This was corrected for the final prints. 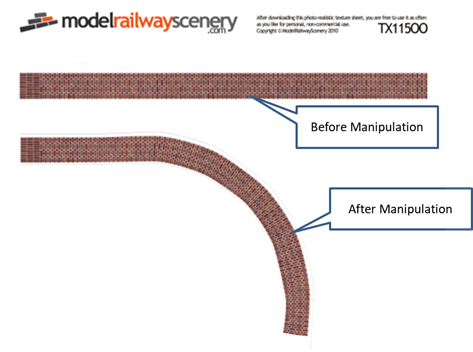 Eventually using PowerPoint, I produced the half arches on mass as shown below on one sheet of paper.

The silly thing is that they will be going where only a contortionist or a camera can get the view below. 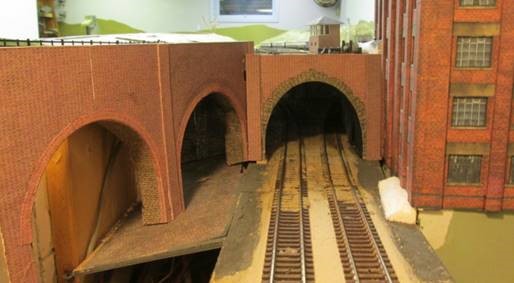 However this has been good practice as I will eventually need to produce the brick arches below which will be very clearly visible, easy if you know how. (Image from Google Streetview).

I may 3D print or fabricate the cast iron Arches.